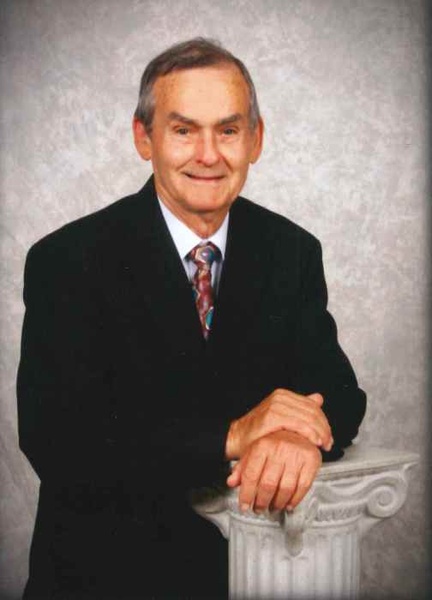 Funeral Services will be held at 11:00AM on Friday, June 9, 2017, at Brantley United Methodist Church with Rev. Joy Wilson officiating. Burial will follow the service in the church cemetery. Serving as pallbearers will be Darrell Parker, Derek Goodroe, Brad Goodroe, Robert Price, Dylan Price and Marco Barrera. Honorary pallbearers are Pop Miller, Dennis Parker, Alton Powell, Clint Owens, and Jose Rios. The family will receive friends at the funeral home on Thursday, June 8, 2017, from 6:00PM-8:00PM.

Mr. Parker was born April 22, 1929, in Beulah, AL, to Bascom A. Parker and Elizabeth "Bessie" Pitts Parker. He was a member of Brantley United Methodist Church.  Mr. Parker served in the United States Army during World War II and was stationed in Germany.  He retired as a civil service employee in maintenance from Ft. Benning. Mr. Parker loved watching the Atlanta Braves and had coached little league in his younger years. He enjoyed attending his nephews’ and great-nephew’s baseball games. Mr. Parker loved traveling and spending time with his family and was always ready to do anything.  He liked gardening. In addition to his parents, he was preceded in death by his wife, Myra Parker, his siblings and an unborn child.

He is survived by three brothers-in-law and sisters-in-law, Donald and Margaret Goodroe of Columbus, GA, George and Diane Goodroe of Douglas, GA, and Stanley and Catherine Goodroe of Buena Vista, GA; and numerous nieces and nephews.

To order memorial trees or send flowers to the family in memory of Bascom Whitful "Whit" Parker, please visit our flower store.