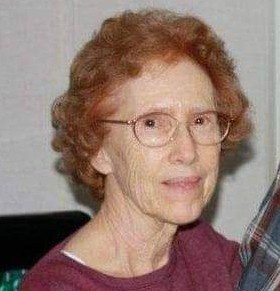 ELLAVILLE, GA – Mrs. Betty Ann Drenik Toms, 84, of Ellaville, passed away on March 29, 2020 at her daughter’s residence in Richland, GA.  A private family graveside service will be held at Andersonville National Cemetery.

Mrs. Toms was born July 6, 1935 in Frontenac, KS to the late Louis and Anna Drenik.  She was of the Catholic faith.  She attended Sacred Heart Grade School in Frontenac, KS and graduated from St. Mary’s in Pittsburg, KS.

Mrs. Toms married Deward Toms on November 21, 1959.  She was a homemaker who enjoyed cooking, reading, music, crossword puzzles, putting puzzles together, going to flea markets and long rides with her husband, Deward.  She also enjoyed phone calls from her sister, Susan Mercer from Missouri and her lifelong best friend, Alice Friskel from Kansas.  In addition to her parents, she was preceded in death by her husband, James Deward Toms and grandson, Jonathan Streetman.

In lieu of flowers, the family asks that memorial contributions be made to Kindred Hospice, Kindred Hospice Foundation, 3350 Riverwood Parkway, Suite 1400, Atlanta, GA  30339.

To order memorial trees or send flowers to the family in memory of Betty Ann Toms, please visit our flower store.