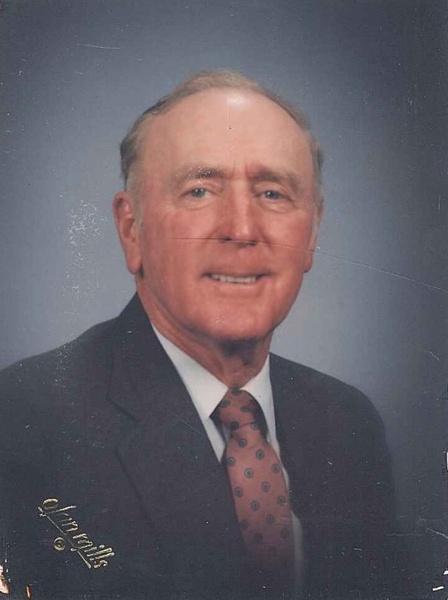 Mr. Powell was born October 21, 1930, in Marion County, GA, to the late Elijah Eugene “Bo” Powell and Myrtice Evelyn Upton Powell. Methodist by faith, he was a member of Union United Methodist Church where he had served as a Trustee for 16 years. He served in the United States Air Force during the Korean conflict. Mr. Powell was a self-employed farmer and loved antique tractors. He operated Big Chief Grist Mill where he made and sold his own corn meal. During his lifetime, Mr. Powell served on many boards including Director of the Farm Credit Board for 44 years, County Commissioner for 12 years, 5 of which he was the Chairman, the ASCS Committee, Farm Service Agency for 10 years, the Welfare Board for 2 years, the Farm Bureau Peanut Advisory Board for 2 years, and Sumter Livestock for 5 years. He was currently on the Hospital Board where he had served for 15 years. Mr. Powell was a professional western square dance caller for many years. He kept busy by building ponds and dams and participating in Sowega Big Wheel Tractor pulls. Mr. Powell loved meeting new people and telling stories. He left a lasting impression on all he met.

To order memorial trees or send flowers to the family in memory of Billy E. Powell, please visit our flower store.
Send a Sympathy Card