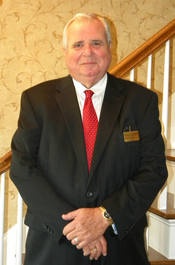 Mr. Humber was born in Taylor County, GA, on December 1, 1942, to Robert and Elise Williamson Humber.  He was Baptist by faith and a member of New Providence Baptist Church.  Brady was employed with Kimball Midwest as a salesman and had worked in the funeral industry over 50 years with Watson-Tante Funeral Home.  Prior to his employment with Kimball Midwest, he was the Parts Manager at Wight Motor Company and Parts and Service Manager at Bickerstaff Chevrolet. He was a member of the Marion County Zoning Board and former president of League 27 Baseball.  Brady loved spending time with his family and friends and always had a story to share. He is preceded in death by his parents, Robert Christian Humber, Jr. and Elise Williamson Stanford.

To order memorial trees or send flowers to the family in memory of Brady Humber, please visit our flower store.