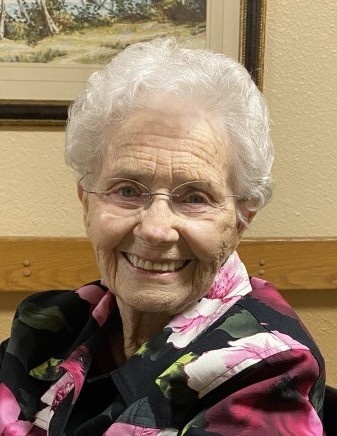 Mrs. Carolyn Taylor went home to be with Jesus on Tuesday, January 28, 2020, at the age of 87. A graveside service will be held at 1:00 pm on Sunday, February 2, 2020 at Buena Vista Cemetery with Rev. Virgel Coffman officiating.

Sara Carolyn Jernigan was born to Samuel William and Lucille Duke Jernigan on October 10, 1932, in Marion County. She was an only child and lived in Buena Vista into adulthood.  As an adult, Carolyn married Troy Milford McCorkle and they lived in Buena Vista. Together they had 3 wonderful children Bonnie McCorkle Buckley, William Troy McCorkle, and Nina McCorkle Shuyler.  Milford and Carolyn were married until his passing. Several years later, she married Richard Taylor of Buena Vista. Carolyn became the honored bonus mother to Mark Taylor. Carolyn and Richard were married until his passing. She was an active member of Buena Vista First Baptist Church. She had a strong faith and love for God which led her throughout her life. Carolyn, also known as Grandmother, was an avid homemaker and cook. Known for her famous biscuits, which were loved by family and friends, they became a symbol of her love for others. Her blue ribbon biscuits were a staple at many gatherings in her home even until her passing. Carolyn lived the past 12 years in Fort Myers, Florida to be with family. In addition to her parents, she is preceded in death by her husbands.

Carolyn is survived by many family members to include her children and their spouses: Bonnie and Steve Buckley of Fort Myers, FL, Troy and Marsha McCorkle of Moultrie, GA, Rick and Nina Shuyler of Golden, CO, and Mark Taylor of St. Petersburg, FL. She was the proud Grandmother to Jennifer and Wayne Johnson, Brian and Katie Buckley, Lori and Al Swilley, Melissa and Virgel Coffman, Rebecca and Jarrod Armes, and Ashley and Phil Carter and was the loving Great-Grandmother to Serena and Kathryn Swilley, David and Eliana Johnson, and Kinley and Liana Carter.

To order memorial trees or send flowers to the family in memory of Carolyn McCorkle Taylor, please visit our flower store.