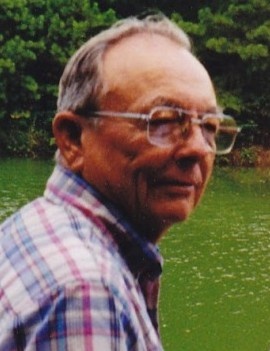 Mr. Clarence R. “C. R.”  McCorkle, 87, of Buena Vista, GA, died on Friday, July 12, 2019, at his residence.  Funeral services will be held at 2:00pm on Sunday, July 14, 2019, at New Providence Baptist Church with Elder Dennis Johnson and Rev. David Chapman officiating. Burial will follow the service in New Providence Baptist Church Cemetery. The family will receive friends at the funeral home on Saturday, July 13, 2019, from 6:00pm-8:00pm.

Mr. McCorkle was born July 22, 1931, in Marion County, GA to Riner P. McCorkle and Elizabeth Cook McCorkle. He was a member of Mt. Pisgah Primitive Baptist Church where he was a deacon. Mr. McCorkle served in the United States Army 1st Calvary Co. K from 1952-1954. He was an Installer and Switchman and retired from Western Electric and Southern Bell after 27 years. Mr. McCorkle was also employed with Murray Construction Company. From 1982 until 2000, Mr. McCorkle served as a Board Member on the Marion County Board of Education. He enjoyed hunting, fishing, and farming and loved spending time with his family and friends. In addition to his parents, he was preceded in death by his step-mother, Mollie I. McCorkle, by two brothers Jesse R. McCorkle and Joe T. McCorkle, and by an infant sister, Janice McCorkle.

To order memorial trees or send flowers to the family in memory of Clarence "C. R." McCorkle, please visit our flower store.