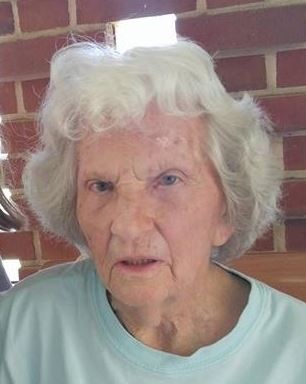 Mrs. Wall was born April 7, 1931 in Taylor County, GA, the daughter of James Grady Taunton and Ardell Spillers Taunton.  She had been a seamstress and supervisor at the Tog Shop. Mrs. Wall enjoyed crocheting baby blankets, gardening, and doing yardwork.  She loved to spend time with her family and everyone loved her fried pies.  Mrs. Wall was a member of Ellaville United Methodist Church where she had served as treasurer.  She was also a member of the American Legion Auxiliary.

Visitation will be held from 6:00 until 8:00 on Thursday, February 15, 2018 at Watson-Giddens Funeral Home in Ellaville, GA.  Memorial contributions can be made to Ellaville United Methodist Church, P. O. Box 74, Ellaville, GA  31806.

To order memorial trees or send flowers to the family in memory of Clarice Wall, please visit our flower store.