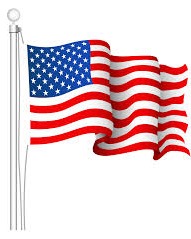 Chief Johnson (Joe, to his family and oldest friends) enlisted in the U. S. Army in 1972, serving honorably and with unwavering dedication until his retirement in 1992. He served in various countries, including the United States, Germany, Iraq, Kuwait, and Saudi Arabia. He went on to use his education and experience in Medical Technology in civilian life, eventually retiring from Novant (Winston-Salem, NC).

Del’s wise-cracking and irreverent humor were his trademarks, modestly disguising his intelligence, life experiences and deeply held spiritual beliefs. He willingly shared his hard-earned wisdom and the generosity of his big heart. Del keenly felt much loss and grief, carrying it to the very end. He treasured his friends and loved ones.

He had many hobbies over the years; golfing, bowling, photography, gardening, hunting, and especially semi-pro bass fishing. He and Deborah settled into their old farmhouse in Marion County, GA, just a few years ago. Delbert loved the house and its peaceful natural surroundings of forest and wildlife. He will be sorely missed.

Chief Johnson’s remains will be interred in the Fort Mitchell National Cemetery at a later date, in early 2023. Donations may be made in his memory to any Veterans Organization.

To order memorial trees or send flowers to the family in memory of Delbert Joe Johnson, please visit our flower store.