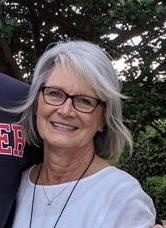 ELLAVILLE, GA ---Mrs. Donna Kay Fripp McLaurin, 71, of Box Springs, GA, died January 23, 2020 at her residence. A memorial service will be held on Friday, January 24, 2020 at 6:00 PM at Wynnbrook Baptist Church in Columbus, GA with Rev. Craig Bowers officiating.  Funeral services will be held on Sunday, January 26, 2020 at 2:00 PM at Ebenezer Baptist Church in Ellaville, GA with Bro. Troy Fripp, Rev. Mark Williams, and Rev. Craig Bowers officiating. Burial will follow in Ebenezer Cemetery. The family will greet friends at the funeral home on Saturday evening January 25, 2020 from 5:00 – 8:00 PM.

Mrs. McLaurin was born February 1, 1948 in Columbus, GA, the daughter of the late Claude Fripp Jr. and the late Elois Miles Fripp.  She worked at The Bank of Ellaville as a bank officer and McLaurin & McLaurin, DDS as an accountant.  Mrs. McLaurin was a faithful servant of Ebenezer Baptist Church and Wynnbrook Baptist Church in Columbus.  She was a wonderful testimony to her children, grandchildren, siblings, nieces, nephews and friends.

In addition to her parents, Mrs. McLaurin was preceded in death by two brothers and one sister-in-law, Dean Fripp and Lancy and Shelia Fripp.

To order memorial trees or send flowers to the family in memory of Donna Kay McLaurin, please visit our flower store.