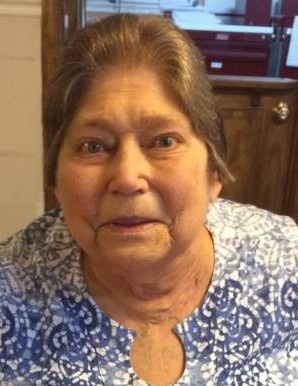 Ms. Gail Dobbs Smith, 63, of Americus, passed away on Monday, April 3, 2017 at Phoebe-Sumter Medical Center after an extended illness.  Graveside services will be held on Thursday, April 6, 2017 at 11:00 AM in Ellaville Cemetery with Rev. Joel Smith officiating. The family will greet friends at Watson-Giddens Funeral Home on Thursday starting at 10:00.

Ms. Smith was born on April 7, 1953 to Earl T. and Mildred Usry Dobbs in Sumter County, GA.  She was a licensed cosmetologist and enjoyed crocheting, socializing and watching Atlanta Braves baseball.  Ms. Smith loved to be with her family and friends.  She was preceded in death by her father, Earl T. Dobbs and a brother, Ronnie Dobbs.

Survivors include her mother, Mildred Dobbs of Ellaville; a son, Nick Smith and his wife, Shelby of Rupert, GA; a sister, Janet Ferguson of Duluth, GA; and grandchildren, John Smith and twins, due in June.

Watson-Giddens Funeral Home is in charge of these arrangements.

To order memorial trees or send flowers to the family in memory of Gail Smith, please visit our flower store.