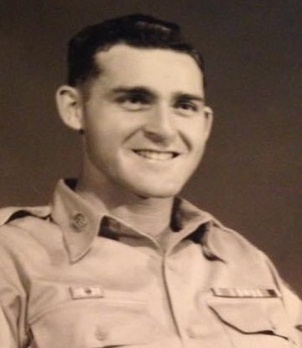 Mr. Gerald Stephen Inhulsen, 89, passed away on March 27, 2020 at Phoebe-Sumter Medical Center after a brief illness.  A private family service will be held in County Line Baptist Church Cemetery with Rev. Damon Fountain officiating.  A celebration of life will be planned for a future date.

Mr. Inhulsen was born May 10, 1930 to Oliver Girard Inhulsen and Ethel Marie Langdale Inhulsen in Savannah, Georgia. He served in the the United States Air Force for 3 years during the Korean War. Gerald married Betty Odom on December 16, 1956 in Warwick, GA. Gerald retired from Southern Frozen Foods in Montezuma, GA after 30 years.  He was an avid golfer and was on the pro golf circuit for several years, and after retirement began giving lessons to local children. Gerald was the music director at several churches and taught Sunday school & Wednesday night Bible studies.  He was a devoted member of County Line Baptist Church in Ideal, GA. One of the joys of his life was spending time with his wife, kids, and grandkids. In addition to his parents, Gerald was preceded in death by a sister, Hilda Inhulsen Bridges and a brother, Bernard Inhulsen.

He is left to cherish his memory by his beloved wife of 63 years, Betty Odom Inhulsen of Oglethorpe, GA; a son, Dwaine Inhulsen and his wife, Michele of Ellaville, GA; a daughter, Susan Barrett and her husband, John of Lawrenceville, GA; six grandchildren, Stephen Inhulsen (Megan) of Ellaville, GA, Mallory Inhulsen of Ideal, GA, and Gayla, Gracen, Jensen and Jaiden Barrett, all of Lawrenceville, GA; two great-grandchildren, Joshua Shell and Adison Parker Barrett; and several nieces and nephews.

In lieu of flowers, the family asks that memorial contributions be made to County Line Baptist Church, 7611 GA Hwy 240, Ellaville, GA 31806.

To order memorial trees or send flowers to the family in memory of Gerald Stephen Inhulsen, please visit our flower store.