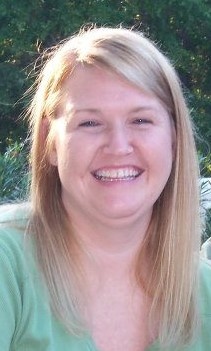 Mrs. Regina “Gina” Dianne Simmons Jones, 45, passed away at Navicent Health on July 1, 2020 in Macon, Georgia.  Funeral services will be held on Saturday, July 4, 2020 at 11:00 AM at Ellaville Baptist Church with Rev. Joel Smith officiating. Burial will follow in Ellaville City Cemetery. Pallbearers will include Neal Black, Barry Eggers, Dan DeVane, Matt Ellis, Bill McClellan, and Bailey Story. Honorary pallbearers will be Kyle Bullock and Wiley Jones.  Due to the COVID-19 pandemic, reasonable social distancing should be maintained at all times, and the use of face masks is recommended.

Mrs. Jones was born December 5, 1974 in Columbus, GA to Garnett and Shirley Simmons.  She enjoyed kayaking, fishing, swimming, and swinging on the front porch. Mrs. Jones loved her family. She was a member of Ellaville Baptist Church where she taught Sunday school. Mrs. Jones worked for Power Sports Plus in Americus, GA. She had graduated as a LPN from South Georgia Technical College.  Mrs. Jones was preceded in death by her father.

Memorials may be made to Ellaville Baptist Church Children’s Ministry, P. O. Box 325, Ellaville, GA 31806 or to the family of Lester and Gracie Jones at People’s Bank of Georgia, Ellaville.

To order memorial trees or send flowers to the family in memory of Gina Jones, please visit our flower store.