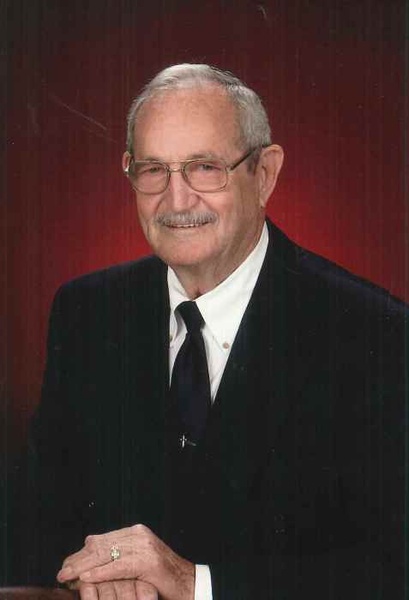 ELLAVILLE, GA ---Mr. Herschel Lee Spence, 93, of Ellaville, GA, died January 28, 2020 at Perfect Care in Americus, GA.  Funeral services will be held on Friday, January 31, 2020 at 11:00 AM at Ellaville United Methodist Church with Rev. Graton Helms, Rev. Brooks Partain, and Rev. Haynes Martin officiating. Burial will follow in the Ellaville Cemetery. The family will greet friends at the funeral home on Thursday evening January 30, 2020 from 6:00 – 8:00 PM.

Mr. Spence was born February 14, 1926 in Winder, GA, the son of Albert Homer Spence and Cora Brock Spence.  He had been a truck driver for Champion Home Builders and a bus driver for Southland Academy.  Mr. Spence was a devoted member of Ellaville United Methodist Church where he always had a piece of candy for you.  He enjoyed fishing and farming. Mr. Spence was a member of American Legion Post 191 in Ellaville where he served as commander in 1989-1990.

To order memorial trees or send flowers to the family in memory of Herschel L. Spence, please visit our flower store.