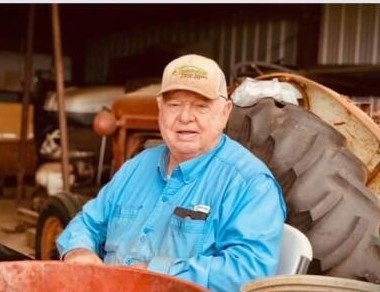 Mr. Snider was born December 21, 1939, in Schley County, GA, to Horace Greeley Snider and Myrtle Ward Snider.  He was preceded in death by his parents and brother, Mark Snider. He is survived by his wife of 55 years, Jane Roberts Snider; by his son and daughter-in-law, Kyle and Natasha Snider; by his daughter and son-in-law, Dawn and Wayne Cromer, all of Buena Vista, GA; by his grandchildren, Hadleigh Snider, Cesaleigh Snider, Greleigh Snider, and Kerri Cromer; and a sister, Annie Snider Lanter of Ft. Valley, GA. Numerous nieces, nephews, great nieces and great-nephews also survive. He will be greatly missed by his furry friend, a pomchi named Butterscotch “Scotch.”

He moved to Marion County at a very young age. He was educated in the Marion County School System and served as FFA President. An avid sports fan, he enjoyed playing sports and marble games in school. He graduated in 1958. He moved to Atlanta, GA, for a short time and was employed by Ford Motor Company. He then served in the United States Air Force as a military policeman. Due to family sickness, Mr. Horace moved back to Marion County to run the family farm in Putnam, GA. Mr. Horace had a family member who was involved in law enforcement (Gurney Ward) who encouraged his interest in law. He was hired by Johnny McCorkle as a Deputy Sheriff in January 1969. He gained experience as a law enforcement officer and due to that knowledge, survived a shoot-out on West 26 on November 21, 1971. At that time, he was running his family farm and changed jobs to become the Live Haul Supervisor for Dent Poultry, then Cargill, in Buena Vista. Mr. Horace was responsible for logistics. He enjoyed this job and the drivers who he worked with very much. Even though he enjoyed this position, he could not get law enforcement out of his blood. It was one of his passions. He loved helping others and serving his community. He accepted a position as Police Chief of Buena Vista, GA, serving five years. He was also responsible for managing the city jail which at that time was on Baker Street in Buena Vista. He served as Chairman of the County Commissioners for four years.

In 1985, Governor Joe Frank Harris appointed Horace Snider as Sheriff of Marion County, GA. He served as the longest reigning Sheriff of Marion County’s history – serving 27 ½ years. During his tenure, he officiated programs for youth such as the DARE program, providing care of recreational grounds for children, and participating in fishing rodeos and youth sports. He served on several committees at the Georgia Sheriffs Association and was highly regarded by his colleagues.

Another love he had was the love of his family. He loved his wife (Leroy, as he called her) and was a devoted husband. He loved his son and daughter and was very close with them. The apple of his eye was his four granddaughters. He was a great influence on their lives. He taught them many things including how to drive and what type of person to become. Mr. Horace was an excellent cook. He enjoyed cooking for various groups, especially for his annual class reunion. He loved his classmates and looked forward to their time together every year. He had always wanted to have his own restaurant but never had time. He loved making cane syrup on his cane mill and gave it to all who asked. He loved to eat especially ice cream. He loved his mules and watching his cows. He was an avid gardener and could grow anything. Mr. Horace was a model citizen, a community icon and a devoted family man. Rest in Peace.

We love you daddy! Thank you for all that you did for us and taught us about life, love, work, and family.

To order memorial trees or send flowers to the family in memory of Horace Irving Snider, please visit our flower store.