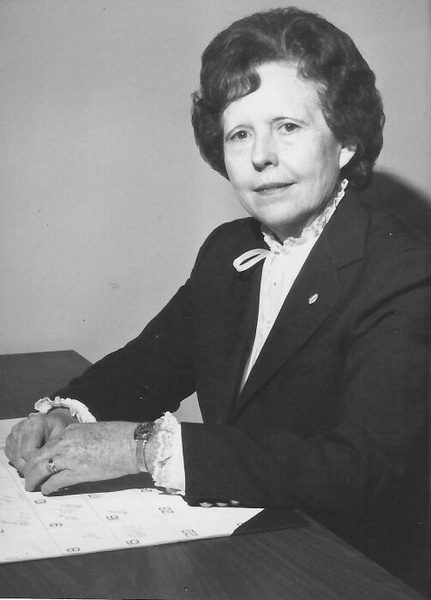 Imogene Owen McLendon, 98, of Ellaville, GA, passed away on September 4, 2020, at Lee County Health and Rehab in Leesburg, GA.

Imogene was born May 3, 1922 in Schley County to Robert Lee and Elizabeth “Lizzie” Mae Rainey Owen and was the youngest of seven brothers and sisters. She grew up in the Hopewell community where she attended Glen Holly School. She graduated from Ellaville High School and attended Georgia State College for Women in Milledgeville which is now Georgia College & State University.

Her active life centered on her family, her church, and her community. Her deeply held principles guided her actions in all aspects of her dedicated life of service to each.

She married Jesse M. McLendon in 1945 after his return from WWII in which he was stationed in England and served as a tail-gunner aboard B-17 bombers. They established their home in the La Crosse community of Schley County, moving there in 1948 where they operated a successful farm which included cotton, peanuts, soybeans, corn, beef cows and a pecan orchard. Jesse retired in the early 1980s and preceded her in death in 2003.

Her experience in serving her church as well as her volunteer work in the 1976 Carter presidential campaign’s “Peanut Brigade” inspired her to run for local office. In 1976 Imogene was elected to the first of three four-year terms on the Schley County Commission, serving as Chair in her last two terms. A highlight of this work was her position on the Board of Managers for the Association of County Commissioners of Georgia. During her time at the helm of Schley County, she secured funds to build a new library building which is still in use today. She also began the services to senior citizens. She formed a personal relationship with the State DOT Commissioner and met with him in Atlanta to secure road projects for Schley County.  Her service to Schley County was noted in the US Congressional Record on March 6, 1985. She was recognized in a special proclamation from the Commission in 2016 as Honorary Chair Emeritus of the Schley County Board of Commissioners as they thanked her for her years of hard work, dedication, and commitment in moving Schley County forward.

Imogene also served on the Boards of Lake Blackshear Regional Library, Schley County Department of Family and Children Services, and Middle Flint Council on Aging.  She was on the National Association of Counties Human Services Steering Committee.  As a member of the Business and Professional Women's Club, she was selected as “Woman in History” for the State of Georgia in 1996.

Imogene had many interests. An avid reader, she was interested in current events. She traveled widely, including tours to Canada, Europe, Singapore, and an adventurous Amazon riverboat trip in Brazil and Peru. During a flight from New York to London, Imogene and Jesse flew on a Concorde supersonic jet which had a maximum speed of over twice the speed of sound at Mach 2.04 (1,354 mph). Imogene worked tirelessly to promote the passage of the Equal Rights Amendment, a campaign which was ultimately unsuccessful. She enjoyed public speaking and was a guest lay speaker in United Methodist churches, at Schley County’s annual MLK Day celebrations, and at the annual conference for county commissioners in Atlanta introducing keynote speakers, etc.

The family greatly appreciates the loving and dedicated care provided to her these last several years by Nell Tookes, Jeannette Carden, Donna Layfield, and Tracy Stephens.

Due to the Covid-19 pandemic crisis a private graveside service, with immediate family only, will be held at the Ellaville City Cemetery.

To order memorial trees or send flowers to the family in memory of Imogene Owen McLendon, please visit our flower store.