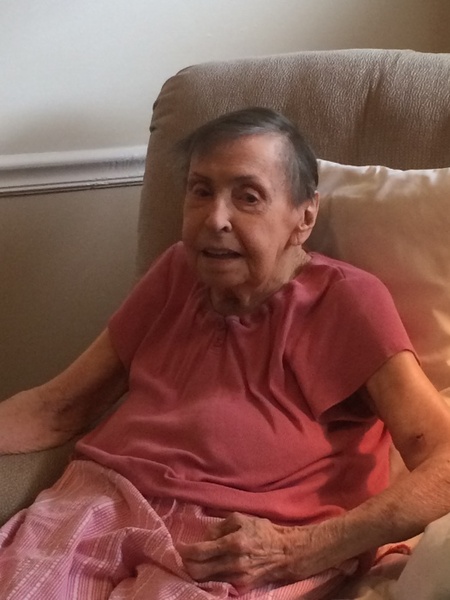 Mrs. Smith was born on October 10, 1922 in Schley County, GA to the late Robert H. (Bob) Robinson and Clara Lawhorn Robinson.  As a child growing up during the Great Depression, she never lost her frugality habits.  She was recycling and repurposing items long before it became the norm.  Mrs. Smith loved creating, whether it was with a hammer or needlepoint.  She was a very talented seamstress and also loved collecting and trying new recipes.  Gardening, traveling, crossword puzzles and playing cards were all favorite pastime of hers, but being with her family and friends were the most important times.  Mrs. Smith was saved during revival services at Corinth United Methodist Church in the summer of 1950 and was loyal to her church and church family as long as she was physically able, never letting go of her faith in the Lord.

To order memorial trees or send flowers to the family in memory of Inez Robinson Smith, please visit our flower store.