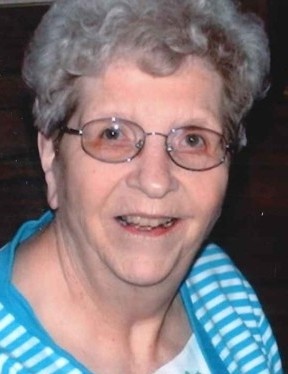 Mrs. Isabelle Etta Ramsey, 90, of Plains, GA, passed away on Friday, September 6, 2019, at Magnolia Manor in Americus, GA. Funeral services will be held in the Chapel of Watson-Giddens Funeral Home on Monday, September 9, 2019, at 3:00pm with Rev. Hugh Harbort officiating. The family will greet friends at the funeral home on Monday beginning at 1:00pm until the service time. Graveside services will be held at Mount Hope Cemetery in Bangor, ME, later in the week.

Mrs. Ramsey was born December 5, 1928, in Corinth, ME, to Arthur and Elvira McGray Doucette. Baptist by faith, she was a member of Columbia Street Baptist Church. She had been employed as a bookkeeper. In addition to her parents, she was preceded in death by her husband, Melvin Ramsey, and by a daughter, Crystal Otis.

She is survived by a son and daughter-in-law, Jim and Tina Ramsey of Ellaville, GA; by two daughters and sons-in-law, Debra and Michael Clark of Houlton, ME, and Nancy Jo and John Todd of Mount Vernon, OH; and by a son-in-law, Maynard Otis; by three grandchildren, Eric and Melissa Ramsey, Jessica and Scott Bays, and Ryan Otis; and by seven great-grandchildren.

To order memorial trees or send flowers to the family in memory of Isabelle Etta Ramsey, please visit our flower store.
Send a Sympathy Card