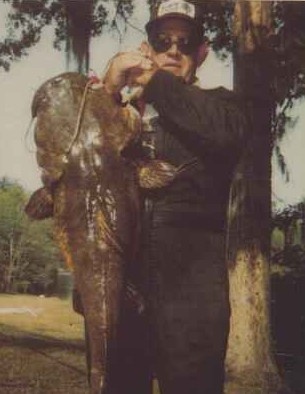 Jackie Earl Thomaston, 81, of Box Springs, GA, passed away on Friday, May 15, 2020, at his residence. A graveside funeral service will be held on Sunday, May 17, 2020 at 2:00PM at Thomaston Cemetery with Rev. Brian Fuller officiating. Serving as Honorary Pallbearers will be Marcus Turner, Justin Turner, Michael Turner, Matt Johnson, Chris Guined, Joey Juniewicz, Wayne Thomas, and Wade Johnson. Friends are welcome to attend the service but must follow social distancing.

Mr. Thomaston was born June 18, 1938, in Tallassee, AL, to William Walker and Margaree Grisham Thomaston. He worked in the forestry industry for over 40 years and retired from Mead Paper where he was a supervisor. Mr. Thomaston loved to be outdoors and enjoyed planting trees and plants. He also enjoyed fishing and working. Mr. Thomaston never met a stranger and would talk to anybody. Mr. Thomaston served in the United States Army. In addition to his parents, he was preceded in death by a sister, Carline Guined, a brother-in-law, Ed Juniewicz and a sister-in-law, Silvia Thomaston.

To order memorial trees or send flowers to the family in memory of Jackie Earl Thomaston, please visit our flower store.