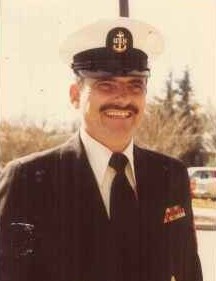 ENC (Ret.) James Douglas “Hammer” Bowerman, 75, of Ellaville passed away on September 10, 2021 at Phoebe-Sumter Medical Center.  Services will be private.

ENC Bowerman was born November 12, 1945 in Dixie, AR to the late Francis Mitchel and Millie Middaugh Bowerman.  He was retired from the U.S. Navy as an Engineman Chief Petty Officer after 24 years of service.  ENC Bowerman deployed to Vietnam three times during the Vietnam War. Upon retirement from the Navy, he went to work in the maintenance department at Tyson Foods and then Cooper Lighting. He loved hunting, fishing, and fixing things.

To order memorial trees or send flowers to the family in memory of James Douglas Bowerman, please visit our flower store.
Send a Sympathy Card