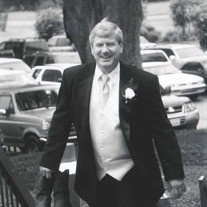 Funeral Services will be held at 2:00 PM, Friday, July 6, 2018 at the Chapel of McMullen Funeral Home and Crematory, 3874 Gentian Blvd. Columbus, GA 31907 with Rev. Eddie Smith officiating. Interment will be held at 5:00 PM on Friday, July 6, 2018 at Ellaville City Cemetery. The family will receive friends Thursday from 6:00-8:00 PM at McMullen Funeral Home and Crematory.

Mr. Snyder was born August 23, 1951 in Americus, GA, son of the late James Grady Snyder and Frances “Aline” Lunsford Snyder of Ellaville, GA. He is preceded in death by his eldest brother, John Berry Snyder. Upon graduating high school, Mr. Snyder served his country in the National Guard. Following his term in the Guard, Jimmy went on to become a certified GM mechanic. He later joined CSX railroad where he was a Locomotive Engineer and retired after 36 years. During his employment at CSX, he received multiple awards and accolades for excellent service. He was a member of Ellaville Baptist Church and attended Cornerstone Baptist Church in Ellerslie.

Jimmy was a true family man in every way. There was always a pot of boiled peanuts cooking on the counter, and no one ever knew what to expect with his many experimental recipes! He was an avid outdoorsman who always had the biggest harvest. He loved to work in his garden and made sure everyone’s favorite vegetables were grown to perfection. He was a mechanic and was able to fix anything his family may have needed. He had a heart bigger than anyone, and he loved his grandchildren with every bit of it! Big Papa, as he was affectionately known, could be found faithfully on the bleachers of sporting events or in the back of the hunting truck with a huge bag of goodies passing out sugary treats to any kid who put out their hand. He was loved by all who knew him, he never met a stranger, and given 5 minutes he would discover a mutual friend.

In lieu of flowers, memorial contributions may be made to Sound Choices Pregnancy Clinic, 1316 Wynnton Ct, Columbus, GA 31906 and Gideon International, www.gideons.org.

To order memorial trees or send flowers to the family in memory of James "Jimmy" Snyder, please visit our flower store.