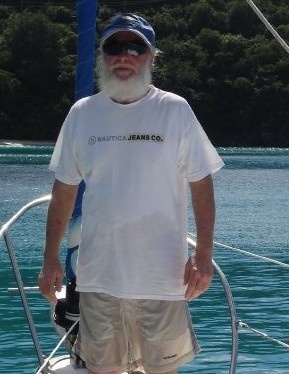 Mr. James “Jimmy” Campbell Sadler, Sr., 71, of Ellaville, passed away on Wednesday, May 15, 2019 at Phoebe-Sumter Medical Center.  Services will be held at a later date.

Mr. Sadler was born in Owensboro, Kentucky on October 17, 1947 to the late Campbell King Sadler and Agnes Sadler.  He worked at Glover Foods in Americus GA as a wholesale buyer and retired from Merchants Market in the Virgin Islands and St. Martin, Netherlands Antilles where he and his family lived in the for many years on a sailboat, before returning to Georgia. He loved traveling and watching the Atlanta Braves and the Pittsburgh Steelers.  Mr. Sadler enjoyed shopping any chance he was able.

To order memorial trees or send flowers to the family in memory of James Campbell Sadler, Sr., please visit our flower store.