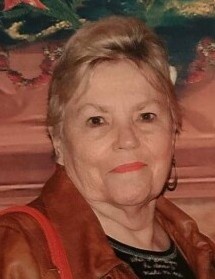 Mrs. Janice George Johnson, 77, of Buena Vista, GA, passed away on Friday, January 15, 2021, at her residence. She will be buried at Broadway Cemetery in Sanford, NC, at a later date.

Mrs. Johnson was born October 4, 1943, in Sanford, NC to John Cecil and Ruth Hobson Wells. She had been employed with Research Triangle Park in Raleigh, NC, as a clerical worker. Mrs. Johnson was a devoted mother, wife and grandmother and enjoyed gardening. She loved the Florida State Seminoles.  She will be dearly missed. In addition to her parents, she was preceded in death by her husband, Roy Johnson, by her brother Gerald George and her sister Linda Thomas.

To order memorial trees or send flowers to the family in memory of Janice George Johnson, please visit our flower store.