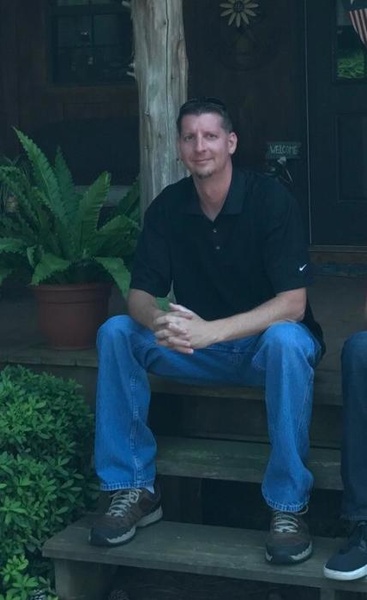 Jason was born June 1, 1978, the first of three children from Bruce Hill and Kay Dillard. Jason enjoyed spending his days with his brother, Jarrod Hill, on their boat fishing for Red’s, Trout, and Flounder.  Although he lived in Florida, Jason always rooted for the Georgia Bulldogs. His true passion was music; Jason and Jarrod spent many years as DJ’s for events  through their company, Groovin’ Records. While he may not have DJ’d in a few years, he could always be found at local concerts enjoying the music that he loved.

Family was a huge part of Jason’s life; he spoke weekly with his sister, Janna Hill, his mother, Kay Mooney, and  his father, Bruce Hill. Jason and his brother, Jarrod Hill, lived together in Jacksonville, Florida, and also worked together at G2 ID Source. They were the best of friends.

Jason had an eye for art. This was evident at his job where he was in charge of the art department. He spent his days taking an idea from a customer and bringing it to life. Whether it was a banner, wall graphic, vehicle wrap, bottle label, or any of the other medians he worked with, Jason put his heart and soul into everything he did. He will be greatly missed by his work family.

Jason touched the lives of so many people, from family, co-workers, and friends at his local spot, Green Room Brewing at JAX Beach. The life that he touched the most is that of his girlfriend Leena Van. Since Leena came into Jason’s life those around him noticed a change in him instantly; his heart was full of love for her. Never has there been a love as strong as the love that Jason shared with Leena. Together was their favorite place to be.

Visitation will be held from 4:00 to 6:00 on Sunday, January 14, 2018 at Watson-Giddens Funeral Home in Ellaville, GA. and one hour prior to the service on Monday, January 15, 2018 at the church. Memorials may be made to Friends of Jacksonville Animals, Inc.,  2020 Forest Street, Jacksonville, FL 32204.  You may sign the online guest book and share your own special thoughts and memories with the family of Mr. Hill by visiting Watson-Giddens Funeral Home’s web site at www.watsongiddensfuneralhome.com

To order memorial trees or send flowers to the family in memory of Jason Heath Hill, please visit our flower store.