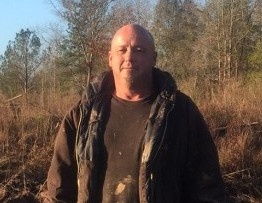 A memorial service will be held on Sunday, April 23, 2017, at 2:00PM in the Chapel of Watson-Tante Funeral Home with Rev. David Chapman officiating.  The family will greet friends at the funeral home one hour prior to funeral time.

Mr. Wells was born February 22, 1967, in Americus, GA, to James W. Wells, Sr. and Anita Israel Wells.  He was employed by Tyler Forestry. Jim enjoyed spending time with his grandson as well as his family and friends.  He loved fishing and hunting and when he was younger, he enjoyed playing sports.  Jim volunteered at the Salvation Army serving food during Thanksgiving and Christmas. He practiced martial arts and was a very talented woodworker, particularly wood carvings.  In addition to his parents, he was preceded in death by his grandparents, Walter Wells, Frances Wells Hicks, Mary Davis Musselwhite and L. J. Israel.

To order memorial trees or send flowers to the family in memory of Jim Wells, please visit our flower store.