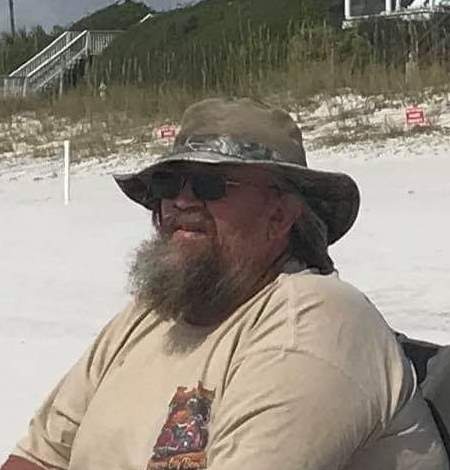 ELLAVILLE, GA ---Mr. Marvin Joseph “Joe” Derington, 55, of Ellaville, GA, passed away on January 14, 2020. Funeral services will be held on Friday, January 17, 2020 at 2:00 PM at Still Water Chapel with Rev. Roy Peterson officiating. The family will greet friends at the church prior to the service starting at 1:00 PM.  Pallbearers will be Matthew Sutton, Christian Sutton, Ryan Johnson, Jason Smith, C. J. Derington, and Daniel Vinzant.

Mr. Derington was born August 6, 1964 in Live Oak, FL to Marvin Derington and the late Virginia Flint Derington.  He was a member of Still Water Chapel.  Mr. Derington loved the Lord and spending time with his family, especially his grandchildren.  He was a kind hearted, gentle giant who would help anybody.  Mr. Derington enjoyed fishing, watching westerns, riding his Harley-Davidson and piddling with old cars. He was employed with Ellaville Recycling.

To order memorial trees or send flowers to the family in memory of Joe Derington, please visit our flower store.
Send a Sympathy Card