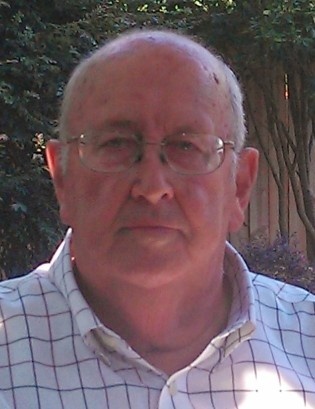 AMERICUS, GA—John D. Stripling, Jr., age 86, of Perfect Care, Americus, passed away on Monday, March 12, 2018.  Funeral services will be held on Thursday, March 15, 2018 at 11:00 AM at Central Baptist Church with the Dr. Bryan Myers and Rev. Hugh DeLoach officiating. Visitation will be held one hour prior to service beginning at 10:00 AM.   A private burial will follow in Sunset Memorial Gardens. Active pallbearers will include Jimmy Faircloth, Garrett Faircloth, Scott Barry, Jay Duke, John Kelley and Randy Dillard.  Employees and former employees of Sumter Electric Membership Corporation and all Masons and Shriners are asked to serve as honorary pallbearers.

A native of Macon, “Strip” was born April 29, 1931 to J. D, Stripling, Sr. and Marie Cantley Stripling. He moved to Americus at the age of 6 and made his home there for the rest of his life.  He attended the Americus public schools and graduated from Americus High School where he was an outstanding varsity football player.   Following High School graduation, he enlisted in the United States Air Force and served during the Korean War with the 315th fighter bomb Wing near Suwon, Korea, rising to the rank of Staff Sergeant during his enlistment. Upon his return to Americus, he was employed by the Sumter Electric Membership Corporation from which he retired after 34 years of service as a General Foreman in 1992. Mr. Stripling was a member of Lee Street United Methodist Church for 53 years.

Strip, as he was known by friends, was a member of M B Council Lodge #13 for 53 years, a member of the Al Sihah Shrine Center, and member and past president of the Sumter Shrine Club.  He was an advisory council member of Thomas G. Bankston chapter Order of DeMolay and received the Cross of Honor for his services.  He was a former member and past president of the American Civitan Club and a member of the American Legion. He enjoyed hunting and fishing and in his retirement bird watching in his backyard.

In addition to his parents Mr. Stripling was preceded in death by his sister Helen Stripling King of Atlanta.

Flowers will be acceptable, or donations may be made in his memory to Central Baptist Church, Perfect Care, Shriners Children’s Hospital or charity of one’s choice.

To order memorial trees or send flowers to the family in memory of John D. "Strip" Stripling, Jr., please visit our flower store.