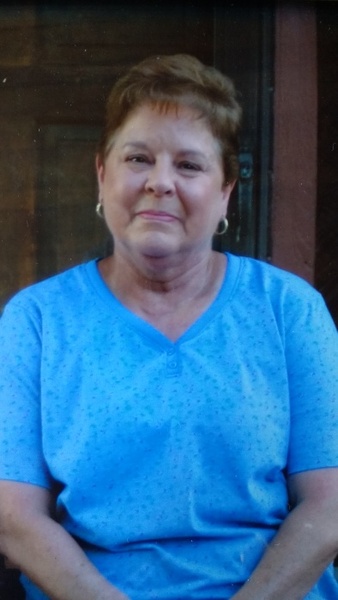 A graveside funeral service will be held at 2:00pm on Sunday, May 28, 2017, at Tazewell Cemetery with Rev. David Chapman officiating. The family will greet friends at the funeral home on Saturday, May 27, 2017, from 6-8pm.  Serving as pallbearers will be Wayne Cromer, Michael O’Hearn, Dwaine Smith, Wayne Ray, Eddie Icard, and Roger Sinyard. Honorary Pallbearers will be Camille Johnson, Natalie Parham, Audrey Wiggins, Leigh Stubbs, Debbie O’Hearn, Dina McCorkle, and Sylvia Russell.

Mrs. Davis was born June 1, 1939 in Burke County, North Carolina to Charlie J. and Phyllis Marie Icard Smith.  Baptist by faith, she was a member of Tazewell Baptist Church. She had been employed at Morgan Grocery as a cashier, at Farm Bureau as a secretary and she was the assistant Postmaster at Tazewell. Mrs. Davis was also a homemaker and was known as “Aunt Mae” by everyone.  She enjoyed cooking and canning as well as gardening and growing flowers.  Mrs. Davis was the neighborhood mother and loved spending time with her grandchildren and great-grandchildren.

She is survived by her husband, Jerry Davis; by three sons, Ricky and Donna Davis, Roger and Terri Davis and Chris and Julie Davis, all of Tazewell, GA; by a brother and sister-in-law, Richard and Judy Smith of Tazewell, GA; by two sisters and brother-in-law, Faye O’Hearn of Eufaula, AL, and Carolyn and Danny Curtis of Gray, GA; by grandchildren, Carly and Ben Welch, Trent Davis, Christina Davis, Matthew Montgomery; and by two great-grandchildren, Gunner Welch and Bowen Welch.

Watson-Tante Funeral Home of Buena Vista, GA, was in charge of the arrangements.

To order memorial trees or send flowers to the family in memory of Mae S. Davis, please visit our flower store.
Send a Sympathy Card