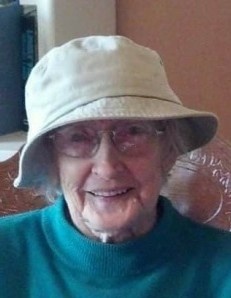 Mrs. Gooding was born December 15, 1923 in Schley County, the daughter of Lester Stewart McMickle and Ethelle Murray McMickle.  She received an associate’s degree from Georgia Southwestern College in 1942 and a bachelor’s degree from Georgia College at Milledgeville.  Mrs. Gooding joined the United States Navy in 1944 and served as a Specialist Q in the code breaking facility in Washington, D. C. She taught at Schley County Elementary School for fifteen years and two years at Heritage Academy in Americus, GA.  In 1973 she and her daughter Marianne Phillips, opened the Gingerbread House, a day care center that for twenty years was a second home for many children. Mrs. Gooding was a member of Ellaville United Methodist Church where she had taught a children’s Sunday school class for many years.  She enjoyed sewing, especially making Easter dresses, reading and the beach.  Mrs. Gooding was also a member of the American Legion Post 191.

Mrs. Gooding is survived by her daughter and son in law, Marianne and Jimmy Phillips of Ellaville; her daughter and son in law, Jane Gatewood and Larry Lehman of Fredericksburg, VA; her son and daughter in law, David Gooding and Ruth Knagenhjelm of Seattle, WA; her sister, Ann Battle of Decatur, GA;  three grandchildren, Ann Marie DeVane and husband Kevin of Ellaville, George K. Gooding of Oslo, Norway, and Christen K. Gooding of Seattle, WA. Also surviving are three great-grandchildren, Margaret (Maggie) Ann Streetman, Mary Kate Streetman, and Thomas James (TJ) DeVane.  In addition to her parents, Mrs. Gooding was preceded in death by her husband, George S. Gooding; her sister, Mary McMickle Gilchrist; and her brother, Joseph Murray McMickle.

To order memorial trees or send flowers to the family in memory of Margaret McMickle Gooding, please visit our flower store.