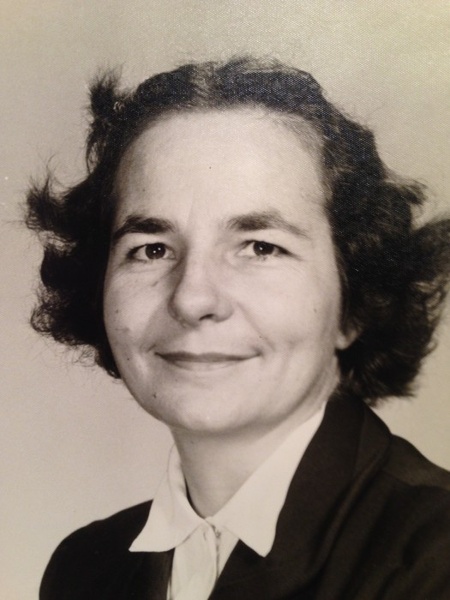 Marian Riley Mayfield McGlaun, 99, of Woodstock, VA, died July 13, 2017, at Royal Haven Nursing Home in Virginia. Funeral services will be held on Sunday, July 16, 2017, at 2:00PM at Watson-Tante Chapel with her grandson, Jack Simmons, Jr., officiating. Burial will follow at Liberty Hill Methodist Church Cemetery in Chattahoochee County. The viewing will be from 12:00PM until 2:00PM prior to the service at the funeral home. Her grandsons, Jack Simmons, Jr., George R. McGlaun, III, Tony Mendoza, and Austin Stanwix McGlaun; and grandsons-in-law, Otto Moore, David Scott, and Cory Yurisich will serve as pallbearers.

Born in Lees in Bamberg County, SC, on January 11, 1918, Marian was the daughter of the late William Dowling Mayfield and Marian Edith Riley Mayfield. She was valedictorian of her high school graduating class in Denmark, SC, but attended an additional year of high school while her older sister Caroline completed her senior year of college. Marian went on to earn a Bachelor’s degree from Winthrop College as well as a Master’s Degree and Sixth Year Teaching Certificate from the University of Georgia.

Marian retired from the Marion County School System in 1981, with nearly thirty years as a teacher and librarian. After receiving her certification late in her career, she enjoyed teaching special education because the children were so grateful that somebody made the effort and had the time to teach them to read. For many years, she was a very active member of Delta Kappa Gamma Society. Her loving spirit and enthusiasm for teaching inspired many of her students to pursue teaching or library science careers.

Marian was a master quilter and a wonderful cook. Her children and grandchildren all cherish one of or more of her beautiful quilts.

Watson-Tante Funeral Home of Buena Vista was in charge of arrangements.

To order memorial trees or send flowers to the family in memory of Marian Riley McGlaun, please visit our flower store.