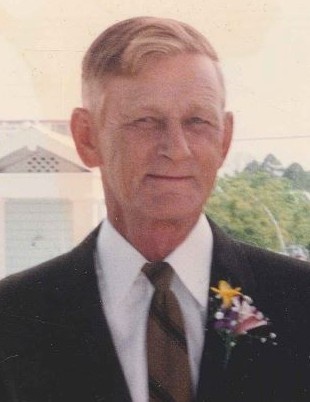 Funeral services will be held at Mt. Hebron Baptist Church, 1132 GA Hwy 216, Cuthbert, GA, 31840, on Wednesday, February 22, 2017 at 1:00PM with Rev. Danny Hutto officiating. Burial will follow in the church cemetery. Mr. Hartley will lie in state at the church beginning at 11:00 AM until service time. Serving as active pallbearers will be Steve Catrett, Sam Jones, Frank Wilmer, Cole Wilmer, Warren Teate, and Earl Miller. John Eldridge will be an honorary pallbearer.  The family will receive friends at Watson-Tante Funeral Home on Tuesday, February 21, 2017 from 6:00-8:00PM.

Mr. Hartley was born November 24, 1938, in Randolph county, GA to Lawrence M. and Elsie Phelps Hartley. Marlin was a lifelong member of various Pentecostal churches and was an ordained minister. He was a heavy equipment operator, master mechanic, and helper to everyone he met.  He will be remembered for his wit, his mechanical genius, and as a friend to all. In addition to his parents, he was preceded in death by two brothers, George Gordon Hartley and Lawrence Henderson Hartley, and by his grandson, Jeffrey Gohlke.

To order memorial trees or send flowers to the family in memory of Marlin C. Hartley, please visit our flower store.
Send a Sympathy Card