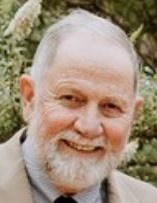 Mr. Mason Sidney Rustin, 66, of Mauk, GA, passed away on Saturday, September 15, 2018, at his residence. A memorial service will be held at 11:00AM on Wednesday, September 19, 2018, in the chapel of Watson-Tante Funeral Home with Rev. Jerry Akin officiating. Honorary pallbearers will be Matt Rustin, Jessie Rustin, Gene McDonald, Ben Maley, Jerry Smith, Mike Fryer, and Terry Davis. The family will receive friends at the funeral home on Tuesday, September 18, 2018, from 6-8PM.

Mr. Rustin was born October 31, 1951, in Butler, GA, to Sidney and Evelyn Brady Rustin. He was a jack of all trades having worked as a commercial artist with Tri-State Systems in Tifton as well as working for Barrow Propane and Ferrell Gas. He was most recently employed by the Marion County Board of Education as a bus driver. Mr. Rustin loved painting and being outdoors. When he was younger, he enjoyed hunting and fishing. He enjoyed having get togethers and loved people. Mr. Rustin was a Mason and a member of Fickling Lodge #129 F&AM in Butler. In addition to his parents, he was preceded in death by a sister, Linda Maley.

He is survived by his wife Becky M. Rustin of Mauk, GA; two sons, Jessie and April Rustin of Americus, GA, and Matt and Natalie Rustin of Columbus, GA; and a nephew Ben and Andrea Maley of Atlanta, GA.

In lieu of flowers, memorials may be made to the John B. Amos Cancer Center or Kindred Hospice.

To order memorial trees or send flowers to the family in memory of Mason S. Rustin, please visit our flower store.
Send a Sympathy Card