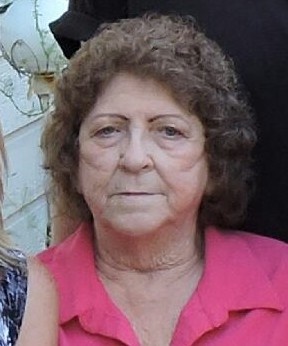 Funeral services will be held at 3:00PM on Wednesday, March 29, 2017, at Parkhill Cemetery. Serving as pallbearers will be David Watson, Justin Lewis, Brian James, Bobby Newton, Todd Hudson, and Corey Goodin. The family will receive friends at the funeral home on Tuesday, March 28, 2017, from 6-8PM.

Mrs. Bullard was born in Smiths Station, AL, to the late William Elliott and Dorothy Rosalyn Thomas Dozier. In addition to her parents, she was preceded in death by one brother, Eugene Roy Sanders and three brothers-in-law, Harvey Bullard Sr., Samie Bullard, and Roland Clark Bullard. She was a homemaker and enjoyed sewing, crafts, flowers, and outdoors.  Above all, Mrs. Bullard enjoyed her family and friends.

To order memorial trees or send flowers to the family in memory of Patricia Ann Bullard, please visit our flower store.