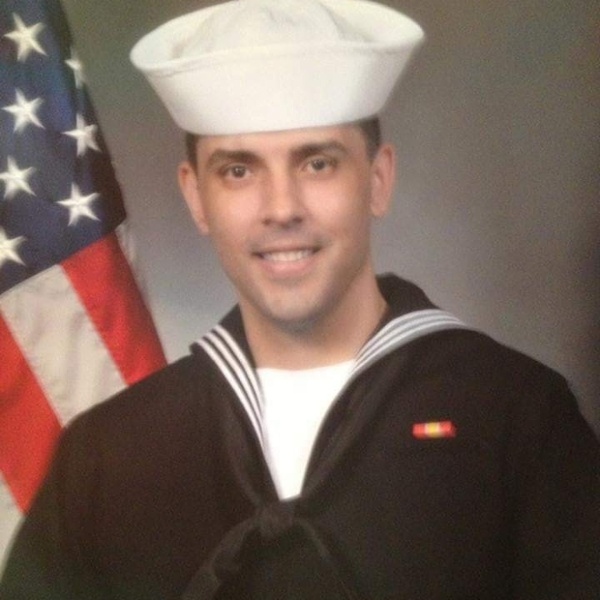 ELLAVILLE, GA --- Petty Officer First Class Joel M. Taylor, 38, passed away on December 2, 2019 at his residence in Orange Park, FL. A memorial service will be held in the chapel of Watson-Giddens Funeral Home, Saturday, December 14, 2019 at 1:00PM with full military honors.  Bro. Troy Fripp will officiate.
Petty Officer Taylor was born at Eglin Air Force Base, FL on October 11th, 1981.  Growing up with his parents in the military, he lived in Florida, Spain, Nebraska, South Carolina, and Oklahoma. He graduated from Moore High School in Moore, OK. He later moved to Americus, GA where he resided before joining the United States Navy in May 2013.
While stationed with the Navy in Louisiana and Florida, Petty Officer Taylor enjoyed volunteering at the local humane society, participating in fantasy football leagues, and spending time with his friends and co-workers. He was a dedicated sports fan of which his favorite teams included the Detroit Lions, Oklahoma Sooners, and OKC Thunder. Joel will be well remembered as a loving son and brother as well as a loyal friend and mentor. His kindness and sense of humor will be greatly missed by everyone who knew and loved him.
Joel is survived by his parents, Daniel Taylor (CMSgt Ret) and Evelyn (Jones) Taylor (SMSgt Ret) of Americus, GA; his sister, April Jones of Kansas City, MO; two nieces, Michaella Davis of Omaha, NE and Avalyn Jones of Kansas City, MO; a nephew, Dillon O'Burroughs (Kenzie) of Kansas City, MO; great niece, Trinity Davis and great nephew, Judah Weilbacher.  He is also survived by numerous aunts, uncles, and cousins.  Joel was preceded in death by his maternal grandparents, J. Marion and Jewel (Miles) Jones and his paternal grandparents, Daniel M. and Patricia Ann (McDonnell) Taylor. Also, preceded in death is his maternal aunt, Linda (Jones) Dowdy and maternal uncle, Roland G. Jones.
In lieu of flowers, the family suggests memorial contributions be made the Louisiana SPCA at la-spca.org or the Jacksonville Humane Society at jaxhumane.org , both of which he volunteered his time and services.
Watson-Giddens Funeral Home of Ellaville, GA has been entrusted with the arrangements.

To order memorial trees or send flowers to the family in memory of PO1 Joel M. Taylor, please visit our flower store.