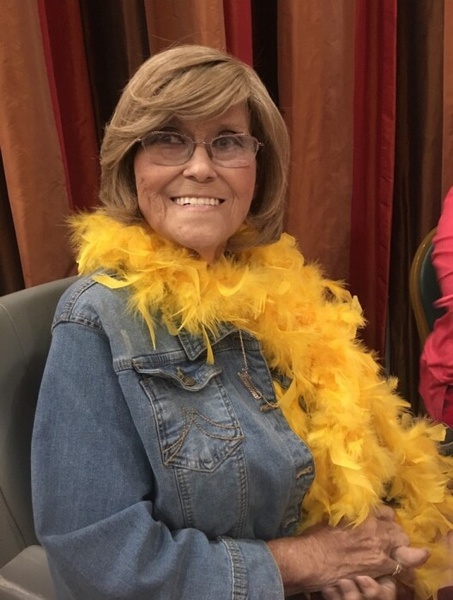 Ramona was born a twin on March 13, 1935, in Massillon, OH, to Marshall James and Leona Woolsey Lightfoot. She attended a three year diploma college from 1953-1956 and did clinicals at a 9,000 bed facility in Chattahoochee, Florida, during the Korean War. She married Ray Harold Fontaine in 1954, with special permission from the Army. Afterwards, Ray deployed 90 miles from Alaska to Greenland for 13 months serving in the Army. In 1958, Leona Lehe was born in El Paso, TX, and in 1963, Marshall Ray was born in Columbus, GA at which time Ramona was a Supervisor over the Psychiatry unit at Columbus Medical Center, while her twin sister worked at St. Francis Hospital as a nurse. In 1972, she relocated to Buena Vista, GA to Marion County Hospital and Nursing Home after Dr. John Rogers, MD, recruited her. She was Director of Nursing and taught hundreds of CNA and EMT classes and was instrumental in the start up of EMS in rural counties through Columbus VO Tech and Johnson & Johnson Company. She was divorced and remarried to Charles Alvis in 1983 at which time she worked at Northwest Georgia Regional Hospital in Rome, GA. She was a state nursing representative for GA Nursing Association and traveled all over the US including Hawaii to represent the nurses of Georgia.

Growing up, she attended First Baptist of Defuniak Springs Florida. After relocating she attended First Baptist Church of Buena Vista, GA, Euharlee Baptist Church in Euharlee, GA, and then New Providence Baptist Church in Buena Vista, GA til present. She was a member of many organizations such as Georgia Nursing Association, Women of GA Power, Citizens of GA Power, GA Power Retirees, and especially the Red Hatty Club of Euharlee, GA. She became a widow in 2015 and returned to Columbus, GA in 2016 to be closer to Leona, Marshall and her grandchildren in Buena Vista, GA. She lived at River Place Independent Living Facility and was very active entertaining her crew playing cards and dominoes. Her crew included Becky Clements, Joel Norton, Joan Jones, David Flake, Glenn Maxwell, and Keota Lovett. She had a companion, David Flake that was very special to her til present. In addition to her parents, she was preceded in death by her husband, Charles Alvis, twin sister, Leona Mae Slagle, LPN, brother, Marshall James (Jim) Lightfoot, Jr., granddaughter, Katie Turner, and nephew Billy Ritzman.

To order memorial trees or send flowers to the family in memory of Ramona Faye Alvis, please visit our flower store.