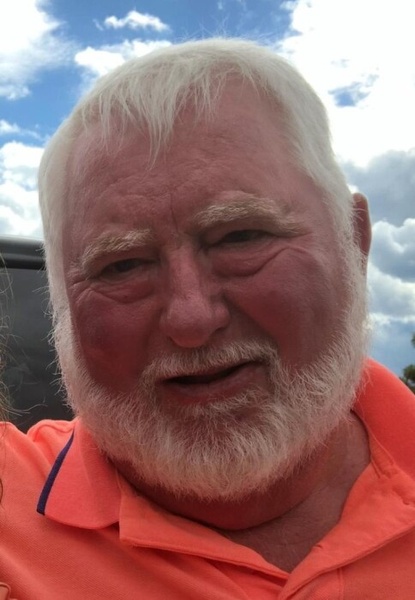 Mr. Raymond Boyce Simmons, 75, of Mauk, GA, passed away on Thursday, January 14, 2021, at Columbus Hospice in Columbus, GA. A graveside funeral service will be held at 3:00PM on Saturday, January 16, 2021, at Pine Level Cemetery, 273 Hayes Road, Mauk, GA, 31058.  Family and friends may visit with Raymond on Saturday from 9:00am to 1:00pm at Way-Watson Funeral Home. Due to Covid-19, face coverings are encouraged and please practice social distancing.

Raymond (“Paw Paw”) was born in Marion County, GA, on November 1, 1945, to William Marshall and Rena Harry Simmons. He dearly loved his wife, Helen, of 51 years, being Paw Paw, and spending time with his family. He retired from Tom’s Foods after 30 years where he loved being a truck driver, so much so that he made it into the 2 Million Mile Club. After retirement from Tom’s, he worked at the Marion County Sheriff’s Department as a jailor but the road called again and he began driving a log truck for Church Hill Trucking. The people he met at Tom’s, the Sheriff’s office, and Church Hill became like a second family to him. A jack of all trades, he enjoyed being on the tractor as well as gardening and beginning more projects at home than he could ever finish.

To order memorial trees or send flowers to the family in memory of Raymond B. Simmons, please visit our flower store.
Send a Sympathy Card