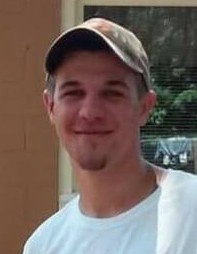 George Robert “Robbie” Cooper, 31, of Americus, GA passed away on January 7, 2021 in Andersonville, GA.  A memorial gathering will be held at 4:30 PM, Thursday, January 28, 2021 at Roland Jones Baseball Field in Ellaville.

Robbie was born January 28, 1989 in Americus, Georgia to John Henry Cooper and Theresa Stewart.  He worked in construction, and loved building things.  Robbie also loved playing baseball in his younger years, collecting arrowheads, Florida Gators football and fishing with his Popa.  He was a loving dad, son, brother, and friend and will be missed dearly. He was preceded in death by three grandparents, Patsy Jamieson, and Robert and Noma Fay Stewart; and a brother, Simon Culp.

To order memorial trees or send flowers to the family in memory of Robbie Cooper, please visit our flower store.