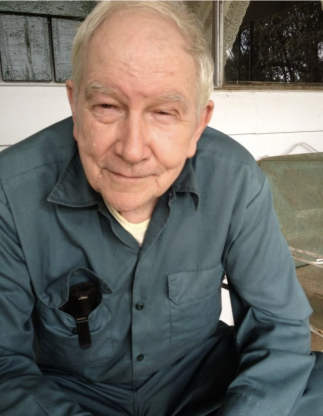 Ellaville, GA— Mr. Robert (Bobby) Bryant Young, 79, of Ellaville, passed away on August 16, 2020 at his residence.  A graveside service will be held Wednesday, August 19, 2020 at Ellaville City Cemetery at 10:30 AM with Rev. Jonathan Beckum officiating.

Bobby was born March 10, 1941 in Schley County, GA, the son of Archie Lee Young and Mae Goodman Robinson and his step-father, Rufus Robinson.  He was raised in Schley County where he attended the Schley County schools and graduated May 1959 from Schley County High School.  He was honored to attend Georgia Boys State in 1958 sponsored by the Thomas Edwin Wall American Legion Post 191.  He married Nancy McMath Young on December 1, 1961 on St. Simons Island, GA.  They had one son, Robert Frederick Young of Ellaville.

Bobby attended Ellaville United Methodist Church where he was baptized.  He was an avid hunter and fisherman.  Bobby was the first wild turkey hunter in four surrounding counties.  He was very active in the community.  He organized the first Schley County Ducks Unlimited, was over Ellaville Cub Scouts and Boy Scouts for 25 years, a member of the Ellaville/Schley County Historical Society, a former member of the Ellaville Lions Club, and a former member of the Alexander H. Stephens Camp of Confederate Veterans of Americus.  Bobby had only two jobs his adult life, Champion Home builders and Greenfield Products both of Ellaville.

Memorials may be made to the Ellaville/Schley County Historical Society, P. O. Box 104, Ellaville, GA 31806.

To order memorial trees or send flowers to the family in memory of Robert "Bobby" Bryant Young, please visit our flower store.