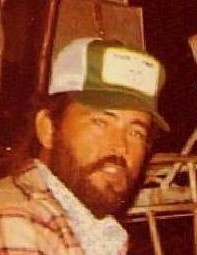 Mr. Orton was born March 1, 1947, to Ashbel (A.J.) and Wilma Groover Orton in West Palm Beach, Florida. After graduating from Palm Beach High School, he volunteered for the United States Marine Corps and served in Vietnam from 1966-1968. He returned to south Florida to work alongside his father and eventually take over his family’s business, Orton Construction.

Mr. Orton lived in West Palm Beach until 1991, where he loved to hunt, fish, and dive. He ran a small seafood shop, Oreo Seafood, where he sold the bounty of his catches. He was an innovator and enjoyed building buggies and airboats, which he took out deep into the Florida wilderness.

Mr. Orton left bustling south Florida to build a rural paradise in Tazewell, Georgia, where, mostly in flip flops, he had a successful career as a poultry farmer and cattle rancher. He prided himself on conservation of Georgia wildlife so his family would have turkeys and deer to hunt and fish to catch; as he was known for saying, “Leave some for seed.” He enjoyed working, hunting, and fishing alongside his children on the family farm.

Throughout his life, Mr. Orton valued few things more than nature, his family, and a hard day’s work. In his spare time, he enjoyed reading, training hog dogs, and feeding his posse of hummingbirds. Bob’s family remembers him as disciplined, witty, and a loving father. He was known for his towering stature and booming voice that brought out the best in people with a stern word or well-timed joke and for selling the freshest eggs in Tazewell.

He took great pride in investing in those around him, and he lives on in each of his surviving family members: his wife of 37 years, Laura, his children Tara Orton Kime of West Palm Beach, FL, Judy Orton Grissett (Robert) of Americus, GA, Bolin Joseph Orton (Tami) of Roca, NE, and Ginger May Orton (Rudolfo Muro Felix) of Lubbock, TX, his brother-in-law Glenn Riveira of Buena Vista, GA, and six grandchildren Job, Bethel, Aletheia, and Ruth Grissett, Briley Johnson, and Sawyer Orton, brother, Pete Orton (Carrie) of West Palm Beach, FL, and sister, Judy Moreno of Sebring, FL. In addition to his parents, he was preceded in death by his brother, Jim Orton and sister, Sandy Mullins.

Bob has told his family he wishes to forgo a funeral and instead have a celebration of life memorial service on the farm in the fall, when family members from Florida and Texas can “come hunt and visit for a while.” His ashes will be spread according to his choice—on the family’s farm.

To order memorial trees or send flowers to the family in memory of Robert Joseph Orton, please visit our flower store.
Send a Sympathy Card