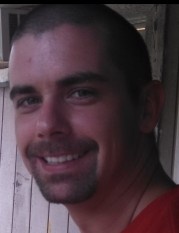 Mr. Brandon Scott Devane, 35 of Ellaville, passed away at his residence on Monday, March 1, 2021.  Graveside services will be held at Andersonville National Cemetery on Friday, March 5, 2021 at 12:00 PM with Bro. Troy Fripp officiating.

Scott was born June 25, 1985 in Americus, GA to Bonnie Ann Devane and Thomas Eugene Eason, Jr. He was a veteran of the U.S. Army, having served in Afghanistan.  Scott was always smiling and loved everybody. He enjoyed hunting and fishing and spending time with family and friends.  He was preceded in death by his paternal grandparents, Thomas Eugene Eason, Sr. and Betty Jo Eason and his maternal grandmother, Dorothy Devane.

In lieu of flowers, the family asks that memorial contributions be made to Give an Hour at www.giveanhour.org .

To order memorial trees or send flowers to the family in memory of Scott Devane, please visit our flower store.