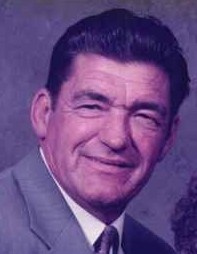 ELLAVILLE, GA --- Mr. Sidney Jackson Blackston, 78, of Ellaville, passed away on Tuesday, October 30, 2018 at Magnolia Manor of Marion County.  A graveside service will be held at 2:00 PM on Friday, November 2, 2018 at Pine Level Cemetery in Taylor County, GA with Rev. Bryan Bentley and Mr. Paul Mason officiating. The family will greet friends at the funeral home Thursday, November 1, 2018 from 6:00-8:00PM.

Mr. Blackston was born June 6, 1940 in Mauk, GA to the late Loren Jackson Blackston and Lois Hayes Blackston.  Mr. Blackston was a hard worker having worked in a cotton mill in Manchester, Ga at the age of 18, and then worked in Columbus, GA as a painter, then at Bluebird, Cullip, Redman and at Triple A.  He was a welder, truck driver and was working as a maintenance man with Triple A when he retired.  He also helped Cecil Reynolds and Rufus Peede on their farms.  Mr. Blackston enjoyed fishing, drag racing and working on cars.  He was of the Baptist faith.

To order memorial trees or send flowers to the family in memory of Sidney J. Blackston, please visit our flower store.