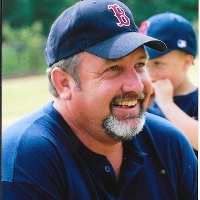 Mr. Hendricks was born on August 9, 1965 in Houston TX, to Louie Frank Hendricks and Peggy Saunders Cilano.  He worked for T-Mobile for ten years.  Mr. Hendricks served his country in the US Navy during the Gulf War and was a member of Mountain View Baptist Church.

In lieu of flowers, donations can be made to Families Feeding Families/Mountain View Baptist Church, 2569 Jeff Davis Road, Thomaston GA 30286.

Coggins Funeral Home of Thomaston, GA, is in charge of these arrangements.

To order memorial trees or send flowers to the family in memory of Steve Frank Hendricks, please visit our flower store.