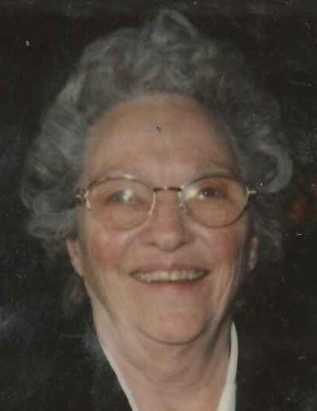 Funeral Services will be held at 11:00AM on Wednesday, August 16, 2017, at Cusseta United Methodist Church with Rev. Mike Webb officiating. The family will greet friends at the church from 10:00am until service time. Burial will follow the service at Mt. Olive Cemetery.

Mrs. Ezell was born in Davidson County, TN, on December 23, 1927, to Thomas Henry and Thelma Kinningham Hooberry. She was a member of Cusseta United Methodist Church. Affectionately known as “MeMaw” by her family, Mrs. Ezell was a homemaker. In addition to her parents, she was preceded in death by her husband, James Franklin Ezell, and by two siblings.

She is survived by her four children, Danny and Tabatha Ezell of Panama City, FL, Diana and Mike Forester of Hendersonville, TN, Deborah and David Coryell of Covington, GA, and Donna and Tommy Martin of Cusseta, GA; by 13 grandchildren, 32 great-grandchildren and 6 great-great-grandchildren.

To order memorial trees or send flowers to the family in memory of Thelma Ezell, please visit our flower store.