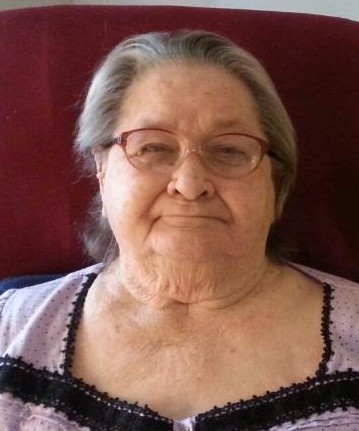 Funeral services will be held at 2:00PM on Tuesday, January 17, 2017, at Brown Springs Church of God with Rev. Benjamin Smith and Rev. Jeff Johnson officiating. Burial will follow in the church cemetery. Serving as pallbearers will be Fred Rogers, Jr., Randy Rogers, James Smith, Landon Barnhill, Daniel Smith, Houston Barnhill, and Dallas Rogers. Honorary pallbearers are Braxton Schweinfurth and Conner Schweinfurth. The family will receive friends at the funeral home on Monday, January 16, 2017 from 6:00 - 8:00PM.

Mrs. Rogers was born June 10, 1932, in Thomaston, GA, to Bascom and Hattie Phillips Anthony. A member of Beallwood Church of God, she was a homemaker and enjoyed gardening.  Mrs. Rogers loved spending time with her family and taking care of them. In addition to her parents, she was preceded in death by her husband, Willie Carl Rogers.

To order memorial trees or send flowers to the family in memory of Vivian Joyce Rogers, please visit our flower store.
Send a Sympathy Card