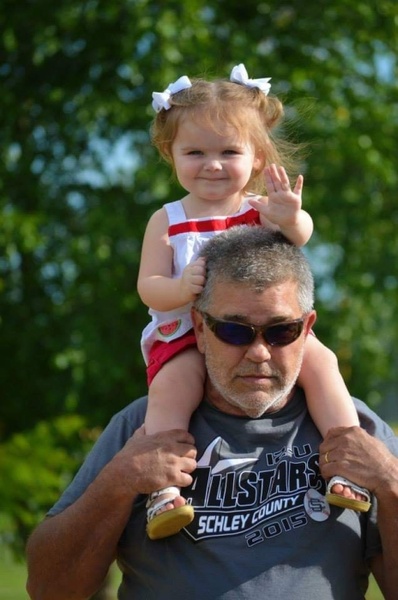 Mr. Wallace Edward Christian, 66, passed away on Sunday, April 7, 2019 at Phoebe-Sumter Medical Center.  Funeral services will be private, per his request.

Mr. Christian was born April 3, 1953 in Porterdale, Georgia to the late Frank Edward Christian and Betty Sue Wallace Christian.  He was a member of Bethany Presbyterian Church in Covington, Georgia.  Mr. Christian was a proud American and a devoted husband, father and grandfather.  He truly loved spending time with his grandchildren and would do anything for them.  He loved scooter-pootin’ with Blakely and singing   3-6-9, the goose drank wine, while doing so.  Mr. Christian also enjoyed playing with Tanner aka “Bug” and never missed a football game at home for Cody, even in his sickness.  He would always make an effort to be there to support his grandchildren in everything they did.   He was a jokester and always tried to find the positive in any situation.  He was an avid Auburn Tigers fan, as he had attended Auburn University upon graduating High School.  War Damn Eagle!

In addition to his parents, Mr. Christian was preceded in death by a brother, Greg Christian.

To order memorial trees or send flowers to the family in memory of Wallace Edward Christian, please visit our flower store.